Surfing Margaret River just got a lot more legendary. The cancellation of the 2018 Pro event may seem like a disaster for the surfing industry, but the strength and resilience of local culture means we can turn it to our advantage. Although the risk of shark attack is minimal it takes courage to face the waves. Some, including pro surfers, are just not up to it.

Surfing has its roots in alternative culture. The soul of the wave warrior is attuned to risk and adrenaline, which feeds straight back into respect and awe for the ocean. And the southern Indian Ocean demands respect: the massive, bold and unpredictable swells are not for the fainthearted.

Over the years, surf culture has become commodified. The local economy now anticipates the seasonal tides of surf events and entourages. But facing the raw power of nature is hard to reconcile with the risk minimising strategies of the corporate surfworld. The World Surfing League, organizer of the Margaret River Pro, is now rumoured to be wavering towards mechanized pools. Cancelling the Margaret River event and blaming the sharks has sent waves surging through world media. The impact on the local economy is potentially enormous, but sitting back and suffering the hit is not an option. Face the fear and take the challenge! 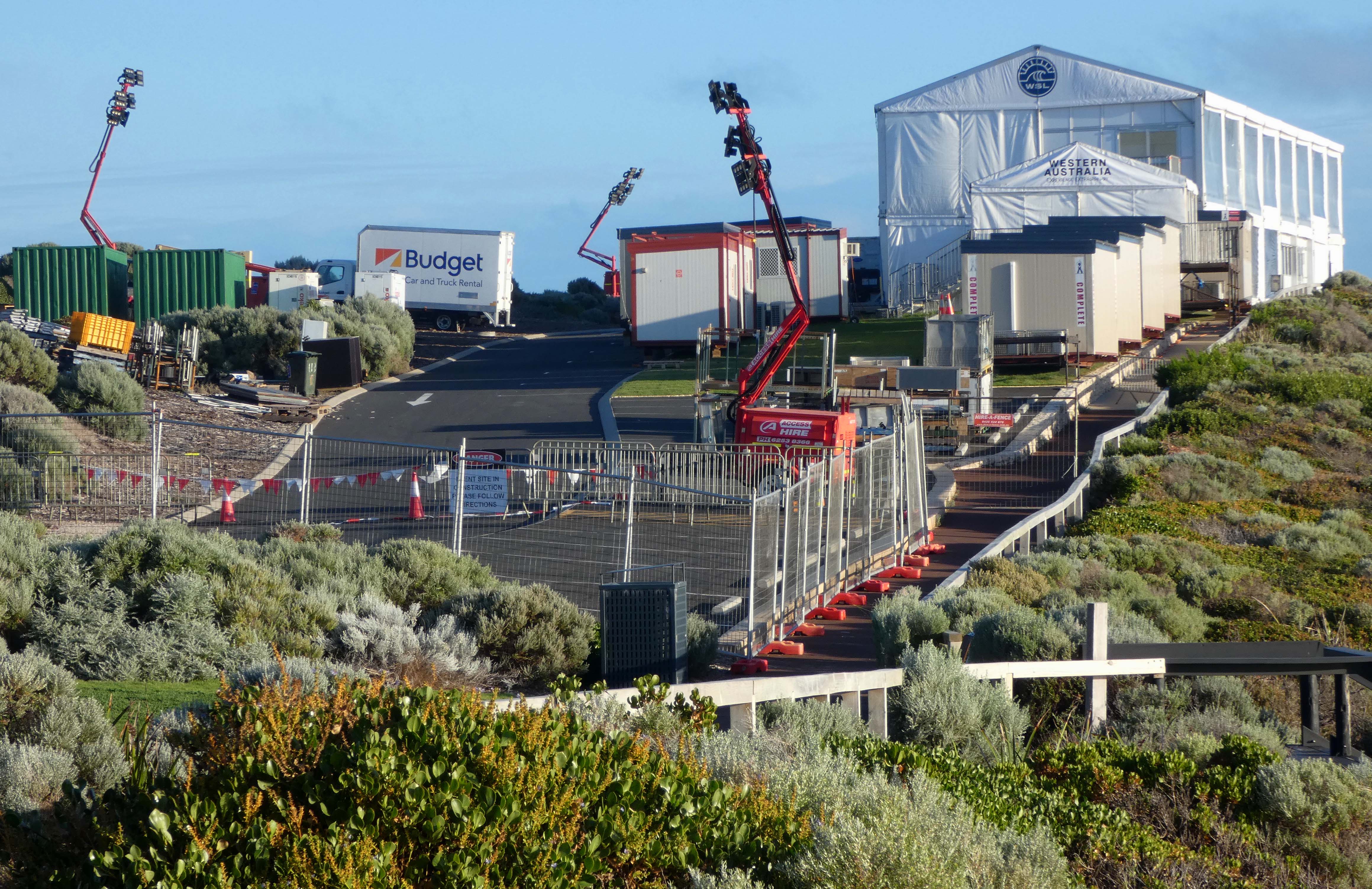 Tourism in Margaret River is nature based. People are drawn to the deep blue of the Indian ocean; but also to the wild spaces of the coast, the beauty of the tall white trees, the wildflowers, and the caves. We can build a sustainable economy if we get creative and diversify rather than take revenge on the ocean and cull the sharks. Killing an endangered species is not a good look for a region based on nature tourism.

Instead, lets promote the health of our oceans. Margaret River is blessed with some of the cleanest, healthiest beaches in the world.  We can turn the Great White Pro into an opportunity to encourage respect and awe for the denizens of the deep. In Hawaii where surfing originated, sharks are seen as sacred allies or guardian spirits. Perhaps they are reminding us to respect, rather than exploit the oceans. Inviting us, in a toothy sort of way, to become legends of ocean lore and make custodianship part of our image.

The return of the great white is an indicator that our southern oceans are recovering from the extremes of seal and whaling industries in previous centuries. Whale populations have boomed over the last couple of decades. Whale watching has become a favourite with tourists and a flourishing local industry has grown up around it. (Naturaliste Charters) The sharks follow the whales on their migrations, feed on seals, dolphins, and the occasional human.

For decades the great white was thought to be a descendant of the prehistoric megalodon. But a recent fossil find in Peru suggests that it is more likely evolved from the fish-eating Mako, as an adaptation specially moulded for the consumption of mammals. But through education and understanding locals and visitors alike can minimize risks and continue to enjoy the ocean.

Rather than succumb to fear of the shark, the local economy can benefit by recrafting fear into a powerful attractant. Humans are fascinated by large predators.  South Australian shark attack survivor Rodney Fox invented cage diving as a way to promote the conservation value of the species (shark expeditions) Diving with sharks might be hardcore, but in other regions shark tourism has become the mainstay of the local economy. Sharkwatching and photography expeditions generate massive incomes for South Africa and Guadalupe Island (guadalupeconservationfund) Managed sensitively, experiences with sharks foster empathy and can recruit visitors into ocean conservation  (article)

The Great White is the result of millions of years of evolution. It is superbly adapted for life as apex predator in the oceans: adapted to everything except predation by humans. We however, evolved by being flexible to change: if we put our hearts and minds to it, we can adapt to anything.

Good work. Beautiful put. As a Margaret River local, who has spent 25 years promoting Australia both here and overseas, I can assure Shadow Tourism Minister, Libby Mettam, and the frenzy-driven WA media, that sharks are not “a real threat to our tourism industry”. They are!